Architect's Vision for a New Building

“You’ve got to have a dream, if you want to have a dream come true” is a lyric from the musical South Pacific. The dream for – the grand vision, really – for the Columbus Chapel and Boal Mansion Museum was first developed during the Columbus 500th in the 1990’s, when we had Joe Paterno, Supreme Court Justice Roy Wilkinson and other luminaries on our 500th board.

What if…we had a new building nestled into the hillside between the Columbus Chapel and the carriage house. That building could serve

What if…positive minded people got together to make this happen and they called this “The Boalsburg Heritage Center” and it became the keystone of a newly organized Pennsylvania Heritage District such as exist in other parts of the state? Now that would be real service to the community on a grand scale.


These visions got a little push forward in 2012 when architect Philip Foreman of Zelienople, Pennsylvania, helped to help flesh out such a vision. The drawings below are by his office and help visualize what such a building would be like.


The price tag? Oh, something like $75 million. Now who would fund such a thing? 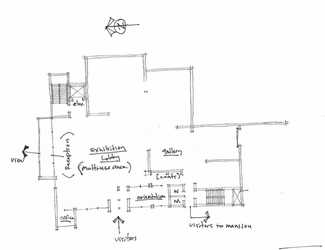 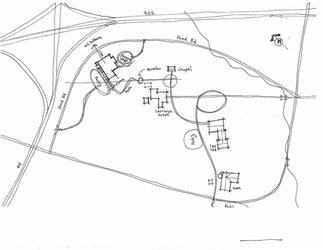