Richard Henry Lee and The Declaration of Independence 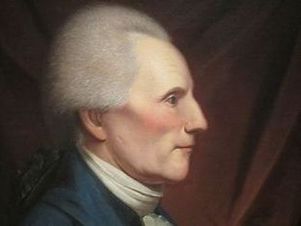 Mathilde (Mimi) Boal Lee, sixth generation of the Boal family, married Governor Francis Preston Blair Lee III.  Lee served as governor of Maryland in the 1970's and is a direct descendant of Richard Henry Lee, signor of The Declaration of Independence. Another fascinating glimpse of history attached to the Boal Family name.

​June 7, 1776: The Lee Resolution is presented to the Second Continental Congress. Richard Henry Lee was from the Virginia colony. He was instructed by Edmund Pendleton, the President of the Virginia Convention, to propose the resolution to the august men debating the future of the American Colonies. Pendleton spoke on Wednesday, May 15, 1776 to 112 Members of the Virginia Convention calling for independence from the British Empire. He sent the text of his speech to Richard Lee who then presented it to the Continental Congress as a resolution. John Adams seconded the resolution.

The resolution was then tabled for discussion the next day and still not resolved. By Monday, the Congress opted to postpone the implementation of Lee’s resolution but appointed a committee to “prepare a declaration to the effect of the said first resolution.” On Friday, June 28 a first draft was presented and was ordered to “lie on the table.” On Monday, July 1, Congress began to “take into consideration” the resolution. They considered and debated for two more days and finally, on Thursday, July 4, the Declaration of Independence was approved. The text and list of signatures was entered into the Journal. It would later be formally signed on August 2.

The Second Continental Congress began their sessions on May 10, 1775 as essentially a reconvening of the First Continental Congress. Many of the same 56 delegates were present. Peyton Randolph was again elected President of the Congress with Charles Thomson once again Secretary. Within two weeks Randolph was called back to Virginia to sit in the House of Burgesses. This led to a new member as a replacement, Thomas Jefferson. Other new members were Benjamin Franklin and John Hancock. Henry Middleton was elected President, but declined, so Hancock took the position.

Twelve of the thirteen colonies were represented. Georgia did not send delegates to the First Congress and was late in sending men to this reconvening. However, Lyman Hall did finally arrive to represent the Parish of St. John’s in Georgia. He represented the Parish and not the Colony itself. The First Continental Congress met in 1774 and expressed dissatisfaction with the British rule. Hostilities broke out on April 19, 1775 causing this second meeting to evolve. Georgia finally joined in the cause in July 1775. The Colonies not only declared their independence, but won their freedom from British rule as the Revolutionary War ended on September 3, 1783.

"Resolved, That these United Colonies are, and of right ought to be, free and independent States, that they are absolved from all allegiance to the British Crown, and that all political connection between them and the State of Great Britain is, and ought to be, totally dissolved." – from Lee’s Resolution

"The first maxim of a man who loves liberty, should be never to grant to rulers an atom of power that is not most clearly and indispensably necessary for the safety and well being of society." – Richard Lee
Source:  http://patriciahysell.wordpress.com/tag/american-revolution/
Powered by