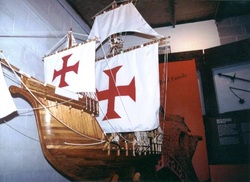 This exhibit contains a scale model of the Santa Maria, the Admiral's Desk of Christopher Columbus and other memorabilia related to Columbus and his travels.

The Armory contains a large collection of swords, rifles, and pistols from the Middle Ages through World War I. This includes David Boal's Pennsylvania long rifle from 1802 and Captain John Boal's officer's saber from the Civil War. In an adjacent room is the wide-ranging collection of artifacts brought back by Col. Theodore Boal and his son Pierre Boal. These include original maps, French and American posters, military awards, and much more.
Special Exhibit: "Boal Women Artists" 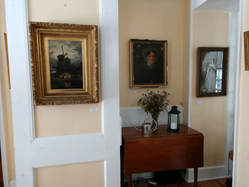 The most influential woman artists and subjects are displayed in the Conservatory.  The exhibit tells a story of perseverance of hardships, and the women who changed history. These women include Madame De Genlis, Empress Eugenie, and Anne of Brittany. 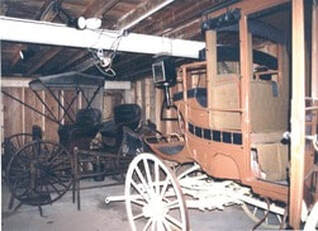