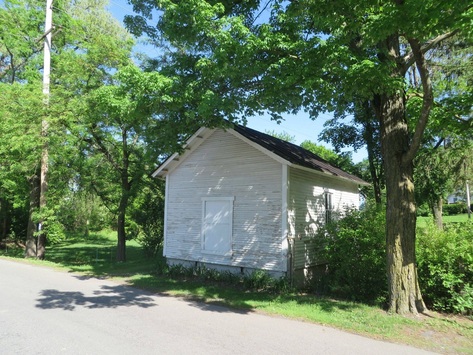 Founded: A committee of men from Boalsburg met at the home of Theodore Davis Boal at 7pm on July 11, 1913 and founded the Boalsburg Electric Company.  The group planned to generate electricity using hydro-power.  Subsequently, an agreement was reached with the Boalsburg Water Company to provide a supply of water to the electric company through the Galbraith’s Gap Run water pipeline.  The agreement was to run for 25 years at an annual rate of $210.

The following year, electrical machinery, including a generator, was ordered from the Westinghouse Company of Pittsburgh to be installed by W.H. Long of Howard, Pa. Harold Coxey, a 21 year old plumber’s apprentice was elected engineer of the company at a salary of $30/month.  An agreement was also reached between the Harris Township supervisors and the Boalsburg Electric Company to provide light for the streets of Boalsburg for a period of three years at a rate of $175/year.

Today it is difficult to imagine daily life without electricity, but, in 1914 there were many people skeptical of its benefits.  An example of this skepticism is evidenced by the case of Austin Dale.  The company agreed to run a light to Mr. Dale’s home and allow it to remain there for ten days.  If Mr. Dale was not satisfied with this service, the company would remove the light at no cost to him.  There were many myths circulating  in America about electricity such as: cows would not be able to sleep in an electrified town.

Many people were concerned that electricity would make life easier and contribute to laziness.  Resistance of the local citizens to purchase electricity was only one of several factors that  contributed to the demise of the Boalsburg Electric Company. Inexperienced workers, disputes with the State College Water Company, competing interests with the Boalsburg Water Company, lack of a major  water source, also adversely affected the Company.  On January 30, 1930, the Boalsburg Electric Company was sold to West Penn Power Company for $19,750.   The building that housed the generator (see photo) is located on the property of the Boalsburg  Heritage Museum and is periodically opened for tours. It was moved and then was returned to the site a few years ago, but at that time, the side with the  door was positioned away from the road for safety's sake, instead of facing the road as it had been originally.

Back to the Map