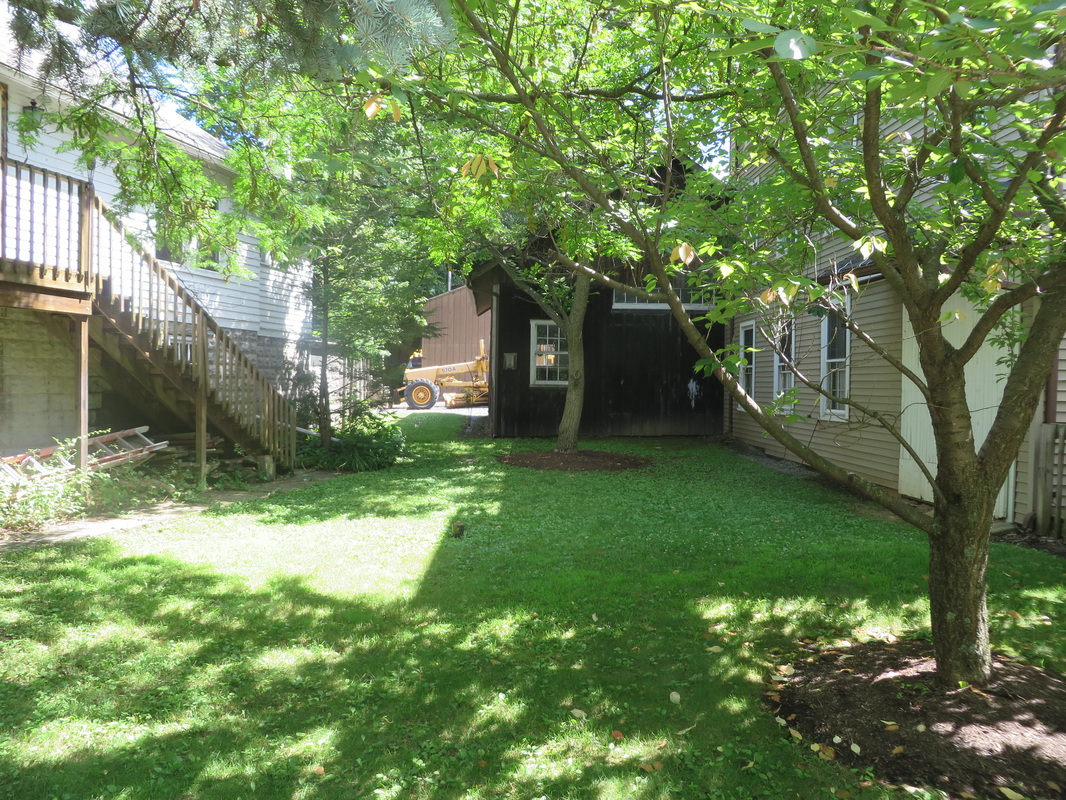 The Blacksmith Shop, a customary adjunct of coach-making to provide metal parts and iron bands for wagon wheel tires, continued in operation when carriage and wagon-making business was succeeded by the production of automobile tops, including tops for the first Boalsburg Auto Bus lines “buses.” The last smith, Al Gingrich, who was an apprentice in the 1890’s, and later the owner, added a woodshop for cabinet making in 1915. the Hand bellows of the forge later were motor-powered. When Harris Township purchased the coach-blacksmith shops complex in 1978, the boalsburg village conservancy obtained permission to restore the blacksmith shop as it was c. 1900.

Gingrich’s anvil, molds, swages, and forging tools remain, and some items made years ago are suspended from the ceiling. An agreement calls for the Conservancy to care for the blacksmith shop and the structural upkeep to be done by the township in return for the Conservancy’s payment of a yellow rose, annually, at mid-summer. Alongside the smithy stands a “spreading chestnut tree” planted in 1981 in memory of Lee E. Corter.