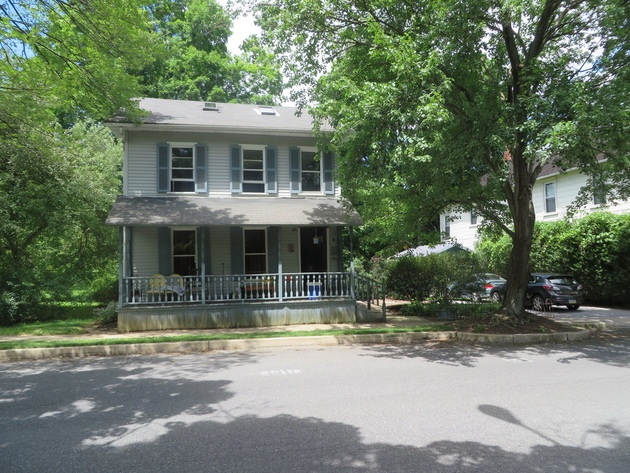 The Main Street property of David and Mimi Wright (Stroup Lot 42) was the site of a house and stables when George Boal sold it in 1811 to Augustus and Lydia Smith Wolf. Later John Bricker and heirs owned it from 1871 until it was sold to Waldo Homan in 1926. Other owners were Forest Dry and James and Eleanor Addleman who sold it to the Wrights in 1959.

An interesting feature of this old home is the chimney which serves three fireplaces- one in the basement, another in the dining room, and the other in an upstairs bedroom. Their separate chimneys become the single one on the third floor.

Mr Bricker for a while had a shoe shop and later an ice cream parlor in the small structure now used as a garage.