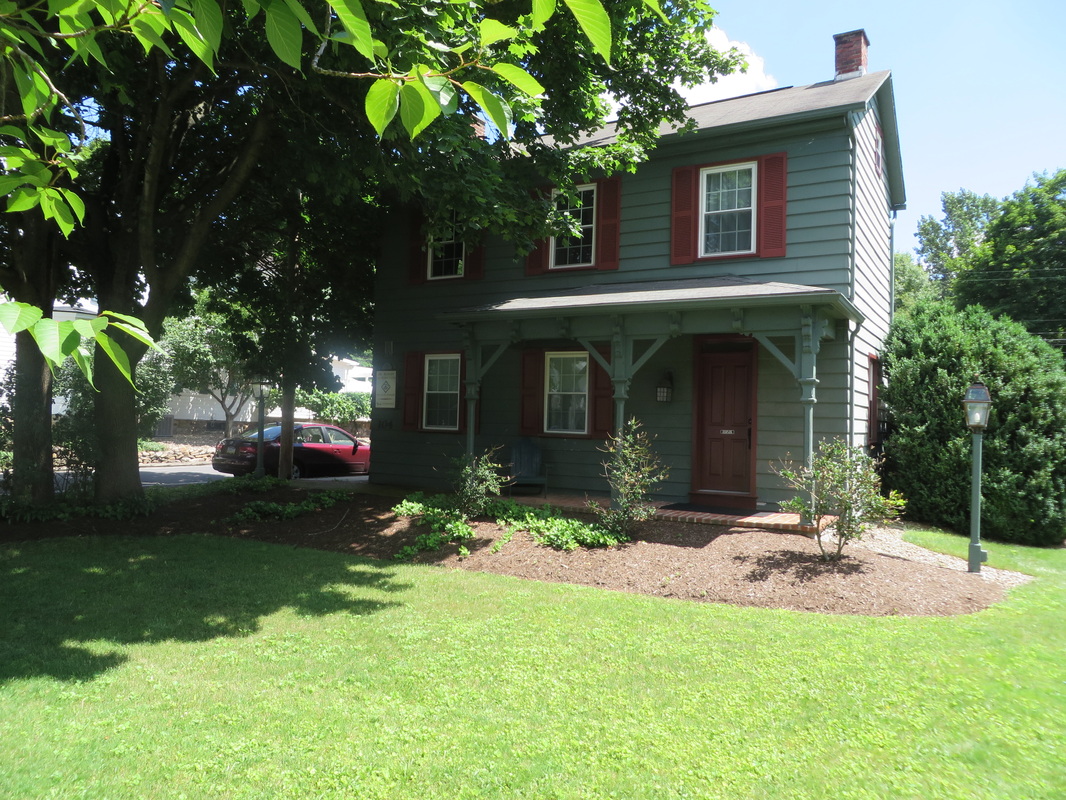 The Colonel Johnston House, perhaps dating from 1811, is among the first built in the village of “Springfield.” Thick plank walls, hair plaster, shutters, and “bubble” glass in windows remain from original structure. The was the home of Col. James and Hannah Johnston while they were building Boalsburg (Duffy’s) Tavern in 1819. It was occupied by several prominent Boalsburg families through the years until 1973, when Tom Horner converted it into a shop for gifts and antiques, while preserving all of its interesting early features.